As we do annually we caught the ‘red eye’ down to London’s City airport to attend two frenetic days at WTM 2013 at Excel.  City Airport is right next door on the banks of the old river Thames and it is all so convenient for us.  50,000 people from around the world converge for the four days of this vitally important travel mart annually.  It is always inspiring and now that the UK is coming out of the financial depression there was a real air of optimism this year.

My expertise is in India and Indian Ocean countries and Greece.  This year I had written a special feature for The Buyers’ Guide about four beautiful Greek Islands called Milos, Sifnos, Ios and Paros in The Cyclades.  This has been very well received.

I was invited to film an interview with the chief secretary for tourism for Bodoland in Assam which was a pleasure and this is an area that is hardly known but unspoilt beautiful and a wildlife treasure of India with big beasts, big cats, elephants, birdlife and butterflies; the local tribes are into weaving and silk production.

We attended a party at the Goa Tourism stand and they asked me to give an impromptu speech of welcome which was also a pleasure.  Goa takes its tourism seriously and professionally.  Equally, we met with the chief secretary for tourism for Karnataka and he had a proposal for me which involved highlighting this lovely State’s glorious wildlife.

A favourite hotel is The Imperial in New Delhi and we were glad to chat to their general manager and his colleague and there is a short blog on this lovely heritage hotel which is such a favourite of mine.  Kerala has a host of lovely places and Kumarakom Lake Resort is a special favourite with us; I am delighted that the Prince of Wales and his entourage spent the two last nights in India there and woke up to his birthday in an environment I just love.  India has lovely places, Orange County Resorts in Karnataka, CGH Earth resorts in Kerala like Brunton Boat Yard, Marari Beach and others, Reni Pani in Madhya Pradesh as well as Ahilya Fort which is a total delight.  The Samodes in Rajasthan (also featured here on my website) and others in that lovely princely state where Jodhpur is a favourite ….indeed there is so much diversity, not forgetting West Bengal where I have so much family history and which has woken up to promotion of its heritage and spiritual tourism.  Greece was a stand with a lot of energy and enthusiasm and the Greek Cycladic Isles were well represented.  I looked in at Poland and South Africa and Scotland and Italy and Srilanka and The Maldives as well as Bhutan…..I could go on and on….but after two busy days we wended our weary way home to bed in Scotland, safely and efficiently with BA! 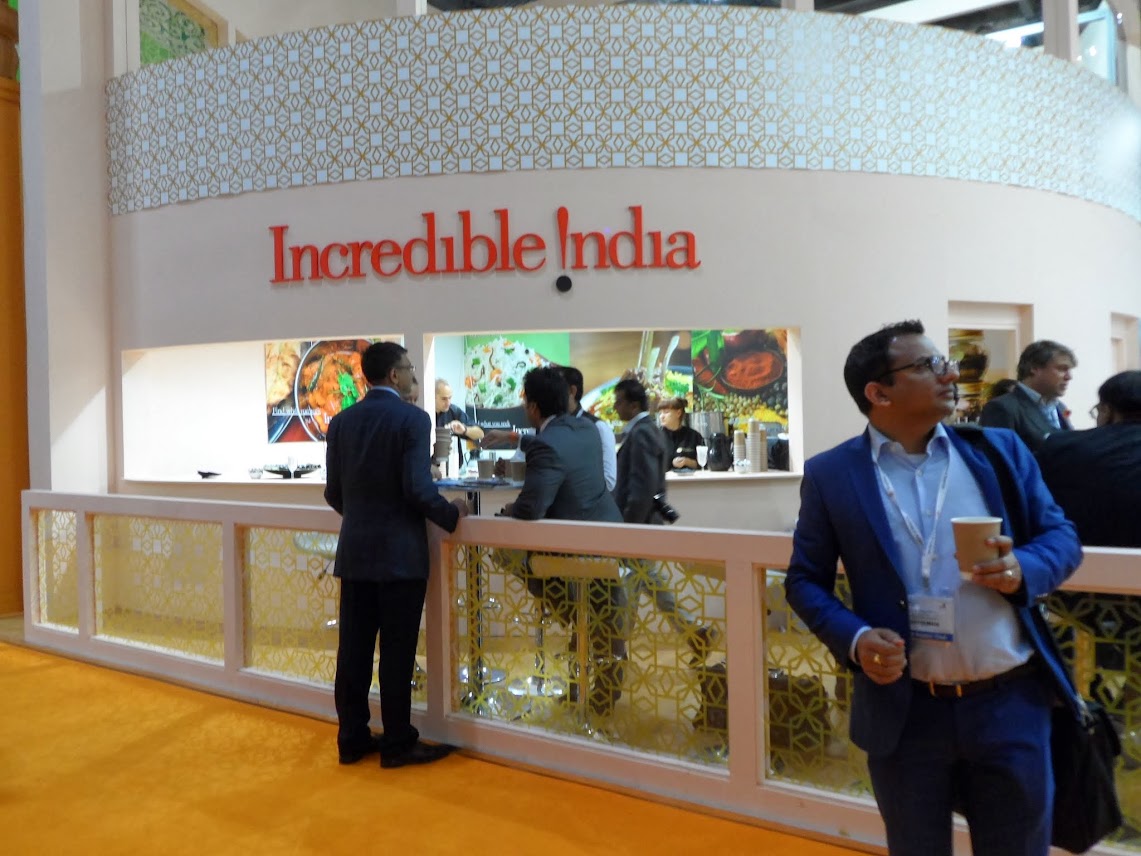