I was standing in the dusk watching the sunset at Brindavan Gardens close to Mysore. I could scarcely believe that I had stood there 53 long years ago when a very small girl on a visit with my parents. In those days of the early fifties 'tourism' did not seem to have been invented, yet we as a family had come to Mysore and Srirangpatnam to view their historic sites and have a short holiday. I was a relatively sophisticated child even for five as I had already visited the United Kingdom in the previous year of 1951. We were one of the very first families to fly out of India and that flight was the first of many happy flights on Air India. That flight had its drama; some time into the flight Captain Mistry realised he only had operational engines on the starboard wing. It must have fairly concentrated the mind that this Super Constellation piston-engine aircraft was flying with only two of four engines functioning. We arrived in Cairo safely however. On the return journey from that prolonged visit to Britain we had an even more dramatic interlude. Egypt was beginning to go through its own pangs of independence and there was some sort of minor revolution in Cairo as we landed in January 1952. All the passengers were kept at the airport for hours with no food and water and then allowed to enter a bus and crouch on the floor whilst the bus was driven into the city centre. It was rather exciting and odd for a small girl. Hardly had we arrived and got into bed when all the passengers of this BOAC (BA in those early days) flight were asked to be ready to return to the airport. The aircraft took off uneventfully and then suddenly the pilot announced that at the request of the British Prime Minister we would be diverting to Basra to collect personnel who had been thrown out of Iran and had congregated there.

It was a bizarre situation; passengers sitting on uncomfortable chairs in the cold of a desert dawn waiting for all these people to arrive, I can still picture the scene. Those banished from Iran joined the flight and went on to Calcutta - Kolkata as it now is. We were in Bangalore, with my late Father working for ITC when we heard that the King had died and that very aircraft on which we had flown out to India - an Argonaut went to fetch the new Queen from Africa and fly her on her sad journey home. I recall that too as both my parents were moved to tears and I knew that my own uncle had been one of the late King's surgeons for his last big operation in the autumn of 1951. Interesting times and some of all this flashed through my mind as I watched the evening crowds at the Gardens; on a week-end evening the crowds come from Mysore to watch the illuminated fountains play and take the air and socialise. The sunset was orange and beautiful as the sun sank over the dam wall. I like watching people enjoying themselves and we were the only Europeans in April 2005. As ever friendly people wanted to talk to us and find out about us - little children hopped and skipped and shyly inspected me from behind their mothers' saris. Nothing seemed to have changed….and yet of course, half a century had intervened and this was the burgeoning India of the new century. Affluent Indian families in cars were all over the place having a relaxing time and I found this immensely reassuring. Still in the West there is a perception of poverty within India; indeed it is all too obvious sadly but at the same time there is much greater prosperity and it warms my heart when I see ordinary families having an outing with all the generations in tow. We in the West have seemed to have lost some of these family values.

Graham and I had been on a huge trip to visit and revisit southern India and now we were on the last leg of that great journey. We had flown into Bangalore on Jet Airways from Cochin and then done a long hot car journey direct to Mysore. We drove straight to the Lalitha Mahal Palace, up on the hill overlooking this charming city. The palace had been built in the early 1920s specifically for the Maharaja of Mysore to accommodate his princely guests and the then viceroy. We had stayed in it when it was still in the ownership of the Maharaja in 1952 so I was particularly keen to see it again. It is run by the government owned Ashok Hotel Group and is not generally acclaimed except for its atmosphere. Well, let me tell you; we arrived at 14.40 and I told the driver not to take the luggage out of the jeep. We walked in to a polite rather shy welcome and asked if we might have tea; yes of course was the reply but what about lunch Ma'am? I replied that it was sooooo late!! No not at all the chef would prepare lunch for us and thus he did. We were very grateful to have that lunch as we had last eaten very early in the morning on the plane from Cochin. The dining room is atmospheric and the staff attentive. We then walked around and went back to the Reception Desk and I announced who I was and the faces of the staff were a picture. We had indeed been booked to stay there but on the following night. I asked if we could stay on this night instead. Subsequently we decided that we were very comfortable and stayed a further two nights in a princely suite with the veranda outside allowing wonderful views. I would recommend Lalitha Mahal Palace to you if you visit Mysore; of course there are other hotels, one of which we visited but for me it was just right. I do think the management could improve on a lot of aspects, but were this to be in private ownership those finishing touches would already exist. The laundry service was excellent, the food was fine and the feeling of times past was fantastic. I noticed with disapproval how many Europeans came up in a small bus to experience it just for a drink preferring to live somewhere cheaper. Sometimes Europeans appear to me to be very miserly about their holiday budgets. As with anywhere in the world you inevitably get what you pay for.

I had a very pleasant experience with one of the young Kashmiri salesman. Repeatedly the various shop owners within the hotel asked if I would consider looking at their wares. They never pushed or demanded and I decided to go and see the smallest shop. I do not need anything from India; our home is filled with treasures but I looked and believed him when he said it had been three weeks since he had accomplished a sale. I bought some carved elephants and a lovely head of the Lord Buddha. In conversation I mentioned that we had accumulated so much stuff that I would need to parcel it all up and send it from the Post Office to our home in Scotland. He immediately offered to perform this service. The next evening he came to our suite and with Graham's help made a wonderful neat parcel all sewn up of our heavy books and other items. The hotel agreed to send a porter to the Post Office to dispatch it for us, thus allowing us to make good time in our ongoing journey. That young man did not want to be paid, but we insisted that he should be for his trouble - it was such a help to us in unfamiliar surroundings. How I wish I could do what he suggested - visit beautiful Kashmir; that is a treat still in the future for us.

Mysore Palace is built in Indo-Saracenic style with domes, turrets, arches and colonnades. I had last seen it lit up at night looking ethereal in a child's eye. This time sadly we would not be there on a Sunday night, but we visited during the day and had the good fortune to find ourselves a very good guide. It is an amazing place and so interesting but sadly I cannot provide internal photographs as they are strictly forbidden. Equally frustrating, Indian tourism being what it is there were no postcards at all depicting the glorious interiors at the rather meagre tourist kiosk. Mysore has a lot to offer the visitor - Rail Museum, Folklore Musem, Mysore Zoo, St Philomena's Cathedral, Chamundi Hill and the Sri Jayachamrajendra Art Gallery, plus the usual shopping. I just wish the town authorities would work a bit harder and maintain the place because with a little effort it could be really beautiful. We saw it in the spring with a lot of flowering trees which gave the avenues such colour and grace.

We also visited Srirangapatnam the 'island' fortress of the legendary warrior king Tipu Sultan, which is just 16 km from Mysore. This too I had seen as a child and I am glad to say that it is still in fairly good order, but again the authorities could work harder at its conservation and improve upon the surroundings. It was very hot for us but we thoroughly enjoyed looking at the intricately painted murals of Tipu's victories. Again, I could not take photographs of the interiors.

Evolve Back is a group which I first came to know in 2005 and have had huge respect for ever since.  Their resorts and hotels are all planned meticulously and maintained beautifully and with a total dedication to Responsible Tourism and respect for wildlife and nature.  This I salute.  Be it their lovely Kuruba Safari Lodge at Kabini on Lake Vembanad adjacent to Nagarahole Wildlife Park, or their older but beautifully mature Chikkana Halli Estate at Coorg – the coffee growing region, or their Kamalapura Palace at Hampi (near to the heritage ruined city Hampi) which is still very new,  they are all a wonderful experience and one I strongly recommend.  Warmth of welcome, beautiful facilities in peace and tranquillity, great comfort, lovely food and so many experiences to enjoy, heritage, birdlife and wildlife – the very best of Karnataka. https://goo.gl/photos/B5gPkpUwYbhoJqyM8  and https://photos.app.goo.gl/e9R3vedvmL7Q95N69 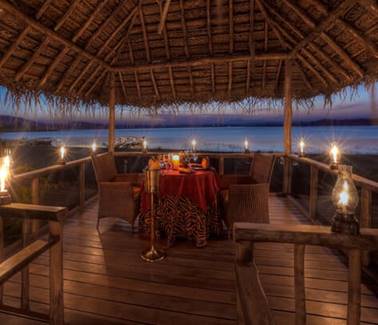 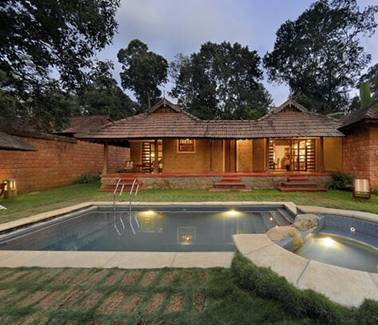 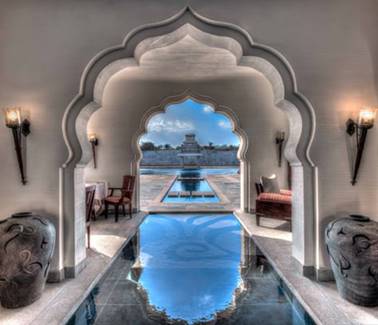 Karnataka has a wealth of interesting places to visit, I have only touched fleetingly on a very few. Bangalore, now Bengaluru, its capital is considered to be one of the fastest growing cities in Asia; all this has happened in my life time. Looking forward there will be so much more; let us hope that the state government and the Indian Government have foresight and determination to help conserve all that is beautiful and worthwhile in this amazing area of India. 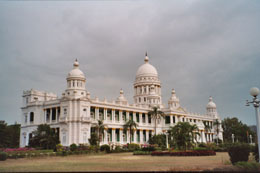 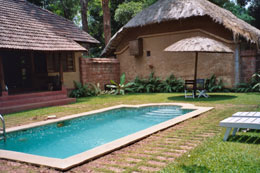 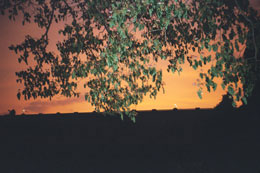 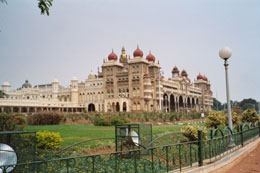 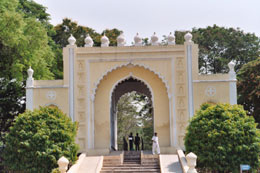 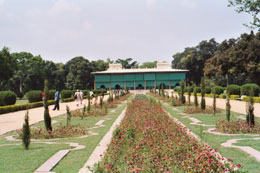 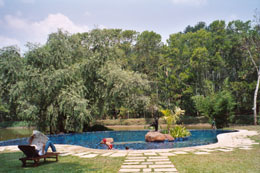 at Kabini and Coorg in Karnataka