PROTSAHAN - a most worthwhile NGO

We had a dinner with the lovely Sonal Kapoor who founded the wonderful charity Protsahan to help educate and nurture girl children who are totally disadvantaged. She does wonderful work and is so committed and courageous. We first met in February five years ago and we visited one of her centres in extreme west of Delhi.

This young lady from Delhi is working with such commitment and courage in a difficult field and achieving hugely. I have enormous affection for her and respect her greatly.

Sonal Kapoor is a microbiologist MBA whose strengths lie in grass root community initiatives that empower her country’s children and young adolescent girls through Creative Education and Skills Development. At the age of 24, during one of her film shoots, she happened to meet a young woman who had six daughters and was pregnant with her 7th child. On being asked about her circumstances, the woman narrated in a matter of fact way that she was ready to strangle her new-born if this time it happened to be a girl. She also spoke of sending her 8 year old daughter to work at a brothel so that she could feed the rest of her family. Sonal was so shocked that within the hour, the idea of starting a unique creative school had started taking shape. Within 3 weeks, after a small feasibility study in the area, Protsahan started as a one room creative arts and design school in one of the darkest slums of the country. These slums are described by the best newspapers of the country as 'ghettoes'.

After about four months, Sonal quit her corporate job and ventured into an altogether a different world where her creative genius was no longer used to make money for corporations, but was used to gradually revolutionize the education delivery mechanism for children at the bottommost of the social pyramid. She was finally able to use all the creativity that she previously used in the advertising and communications industry for something more profoundly important. Sonal went door to door in the darkest of urban slums in Uttam Nagar, west Delhi, the same place where she had met the mother who was sending her 8 year old to a brothel, and asked parents to send their daughters to Protsahan. She started experimenting with the innovative approaches of Design, Art, Digital Stories, Photography, Technology & Cinema (the 5 pillars of creativity model) to give young adolescent girls the power to break the extreme cycle of poverty and fight abuse through creative means. Filmmaking, Photography and Madhubani art work grew in popularity in areas which were rubbished as 'dark spaces' by most.

An erstwhile communications and advertising person, Sonal is one of the youngest social entrepreneurial woman in India to lead an international non-profit. She is one of the youngest to create mass qualitative impact to those at the bottommost of the social structure by using her 5 pillars of creativity approach. She was chosen as The Youth Delegate in 2011 at The World Bank-IMF, again for Australia-India Youth Dialogue in 2012, and as a keynote speaker at TEDxYOUTH, TEDxJMI, TEDxDTU and several others.

Chosen as one of the three youngest change makers at the Airtel-Tehelka Think Fest 2012 in Goa, India, she is a youth icon widely recognized by publications and organizations such as the The Hindu, The Economic Times, The Times of India, Federation of Indian Chambers of Commerce and Industry (FICCI) and The Confederation of Indian Industry (CII) and Goldman Sachs-ISB 10000 Women Entrepreneur Programme.

A recipient of several national and international honours, Sonal is passionate about impacting the most pressing problems faced by the developing world through the creativity & empathy found in grassroots

The products we sell provide us with a means to ensure the sustainability of our projects and initiatives for children. The sale of artwork made by our children in art classes also gives to them a sense of dignity in their work alongside helping us to give them solid education until class 12. They start to understand that things they can create have value and that their own abilities have a worth. Our items can be used for corporate gifting, bazaars and other events. 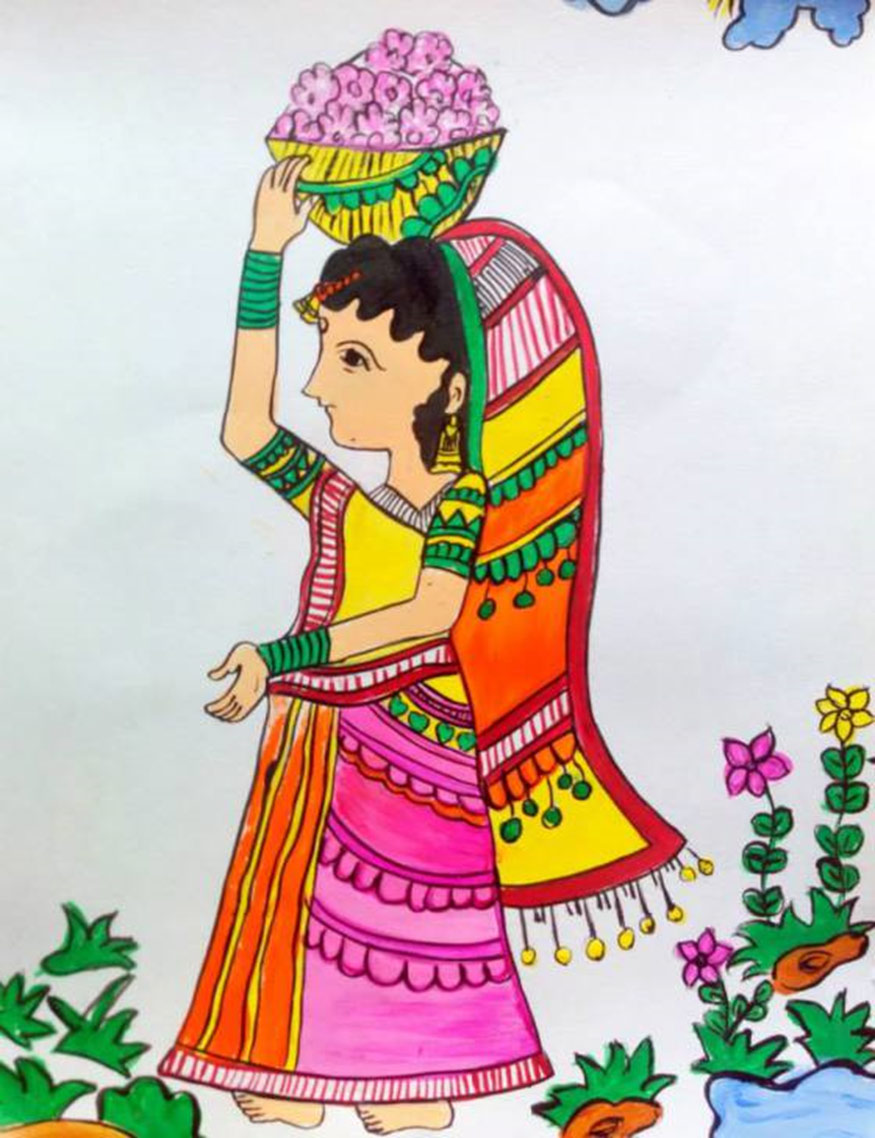 Please contact us at 9540781011 (from 10 AM to 7 PM) or info.protsahan@gmail.com for bulk order placement of our handcrafted products!